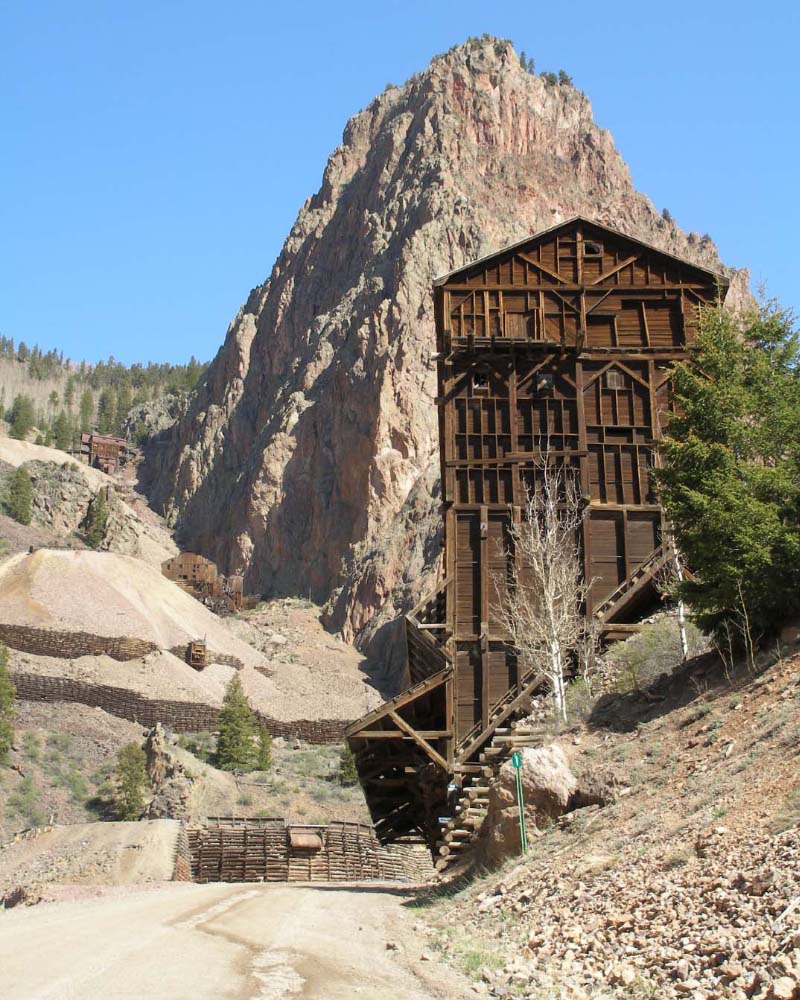 By all appearances, the moments ahead were slated to be unmemorable, thus rendering the possibility that, at best, the day would turn out to be unremarkable.

Heavy clouds, hanging low, unleashed their burden of moisture. The rain poured onto the roof of the building, the drops landing with a loud, clattering sound on the rusting tin. Rivulets of water streamed off of the eaves to collect in puddles on the ground below. A sudden, blinding flash of lightning split the sky, followed closely by a boom of thunder that echoed off the surrounding canyon walls.

In the distance the faint throb of an engine could be heard, the sound growing louder as it drew nearer. Headlights pierced the gray veil of rain as a jeep jolted around the bend in the narrow mountain road. It ground to a halt in front of the building. The engine died and two figures, dressed in hooded rain slickers, stepped out of the vehicle. They walked slowly up to the building.

The building, although appearing to be precariously perched on the steep, rocky slope, stood tall and straight. It towered above the figures, diminishing them to miniscule proportions. Its wooden walls, weathered by the elements, spoke of days long gone. Its windows, dark and vacant, stared out from high above, never revealing the secrets the building still held.

A sudden gust of wind whipped around the corner of the building and swayed the branches of the few pine trees nearby. Under the onslaught of the wind, the wooden structure of the building shuddered and groaned. In the gloom of the rain the old building seemed almost forlorn, almost forgotten. Yet it still stood, unbowed, a silent survivor of the times.

The smaller of the two figures pushed the hood of her rain slicker back. She tilted her face to the rain, letting the falling drops trickle down her cheeks. A few damp curls fell onto her forehead, she swept them away and turned towards her companion. He reached out his arm and pulled her close to him. She looked up into his eyes, and opened her mouth to speak. Her companion gently touched her parted lips with his finger and murmured, “Shhh! don’t talk. Just feel this moment.” She relaxed her body against his and closed her eyes.

Another gust of wind, laden with the scent of pine and the dampness of the earth, swirled around them. It lifted her curls and lightly brushed across her wet face. It felt icy cold, but she didn’t notice. In that moment, within that embrace, she knew the secret of the old building. Through the whisper of the nearby pines, she seemed to hear the old building softly sigh, “We are all but a moment in the passage of time. The moments come and go, yet the magic of them remains forever.”

She opened her eyes and looked up at her companion. He was no longer looking at her. She turned her head to follow his gaze. Her eyes widened and her breath caught in her throat. The rain had stopped. A ray of sunshine had broken through the clouds and was bathing the old building in a golden glow. The landscape was drenched in vibrant, luminous color, from the glistening green of the rain-misted pine trees, to the rich brown of the wet earth. Tiny waterfalls cascaded down the rocky mountain slopes, the water sparkling like diamonds in the sunlight. And up above, stretched in an arc across the sky, was a rainbow, its brilliant hues perfectly blended together.

The miniscule figures clasped their hands and walked towards the jeep. The smaller figure paused for a brief moment and looked back at the old building. She smiled.

It had been a remarkable day filled with moments never to be forgotten.

Author's note: The photo is of Commodore Mine, Creede, CO, which inspired the story.

© The Magic Of The Moment Marilou Giesbrecht