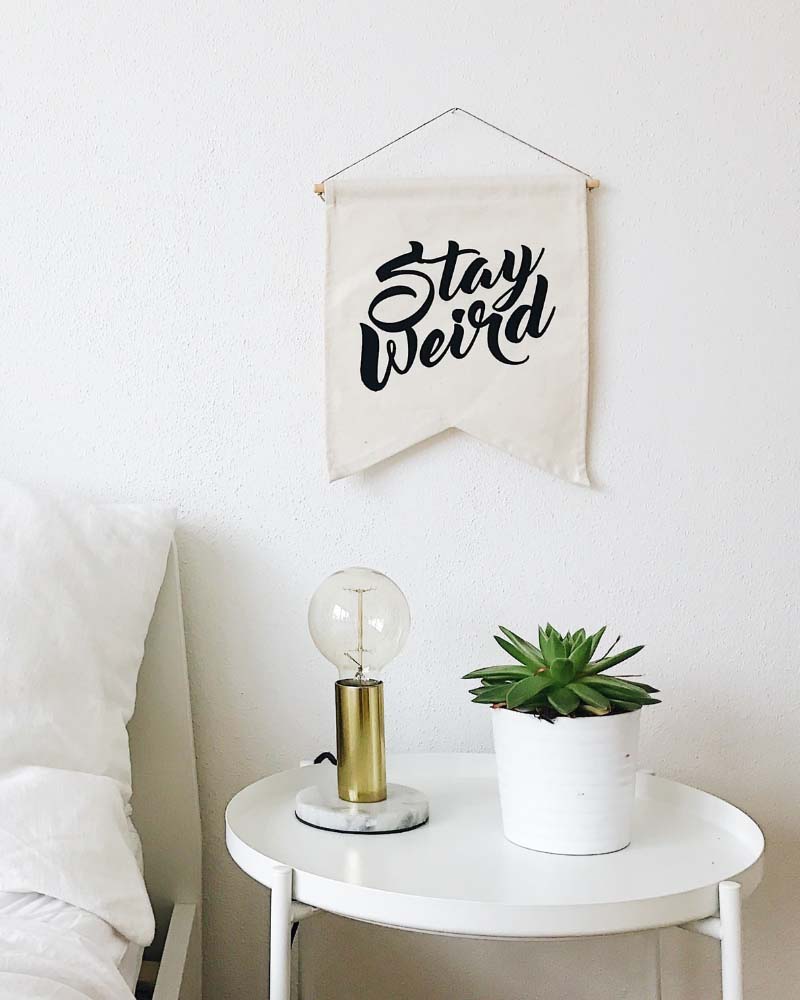 A style I have found myself attracted to is the Boho (which is a shortened version of the longer, more technical term of Bohemian) style. I can see why I am drawn to it. Bohemian is defined as, "a socially unconventional person, especially one who is involved in the arts."

That's me. Socially unconventional. Someone who doesn't fit in too well and who is considered "weird" in some environments. Just ask my upbringing (which is an experience I have no interest whatsoever in sharing so don't actually ask about it 😄).

What I will share, though, is my involvement in the arts. Or, in this case, an involvement in a style. The banner that is featured in the photo is especially intriguing. It's not the conventional framed picture but just a piece of fabric, hung up with a string, that displays a simply stated but powerful reminder (Boho Style):

Love this!! Thanks for posting.

Marilou. I’m just now reading this and I love it too!😊