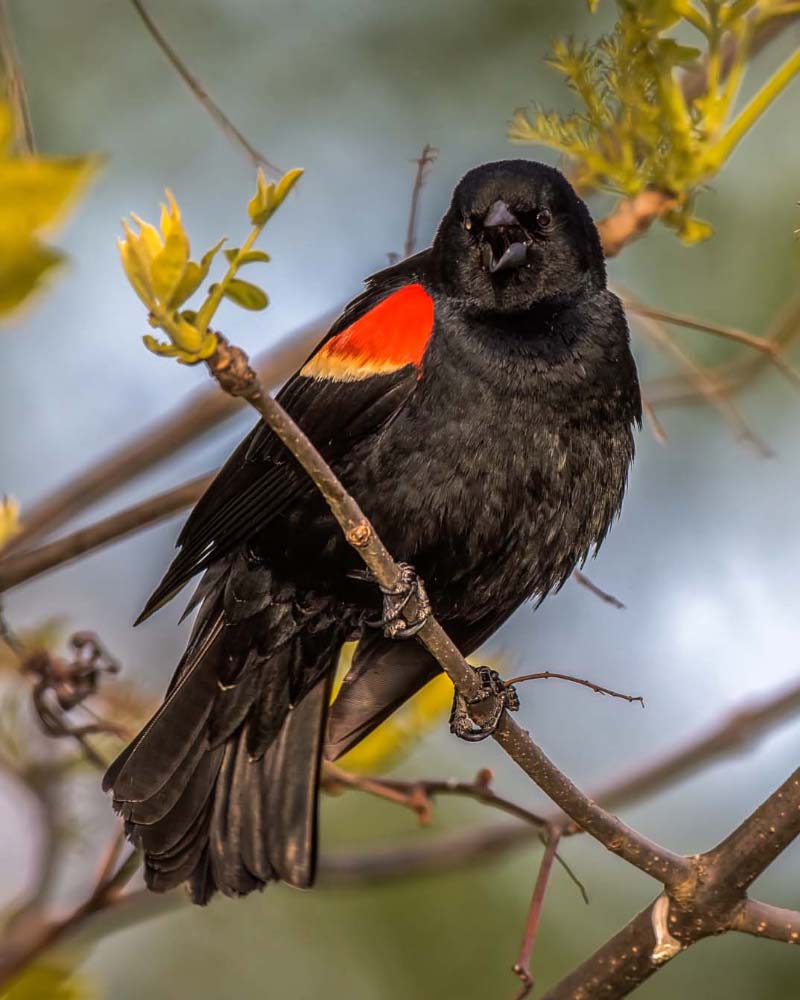 My father-in-law and sister-in-law stopped by to drop off our water fountain, which has been in storage since our move to a different address. During the few moments of their stay, my father-in-law pulled out his phone and showed me a video he had taken of a cluster of red-winged blackbirds fluttering around a seed block in his backyard.

When he showed me that video a light went on. I thought, "What a wonderful topic to write about!" There's so much life to be found in nature. It's a subject that, at least for me, remains forever fascinating.

After my father-in-law and sister-in-law departed, I did some research on the red-winged blackbirds. The males are quite the attention seekers. They do everything they can to get noticed by the females. The females, on the other hand, are a little more sedate and quietly go about their business.

Oh right! We're talking about the feathered and not the human species.

The red-winged blackbirds can be found in marshes and in other wetter areas, but they also can be found in dry places, such as fields, meadows, and pastures. As my father-in-law can attest to, they can be found in the deserts of Arizona. He also mentioned seeing them in California.

Thanks, Dad, for giving me something wonderful to write about!

Thanks, Marilou. It put me back to California when I was a boy running barefoot through the sandy country around where I lived near Livingston.

You are welcome, Dad! I can relate to the sound of birds taking me back in time, to when I was a girl. I couldn’t tell you what birds they were, but they were perched on a branch that stretched out close to the bedroom window, which had been opened to let in the cool Spring breeze. Wafting on that current of air was the sound of their chirping, waking me up to a beautiful Kansas morning.