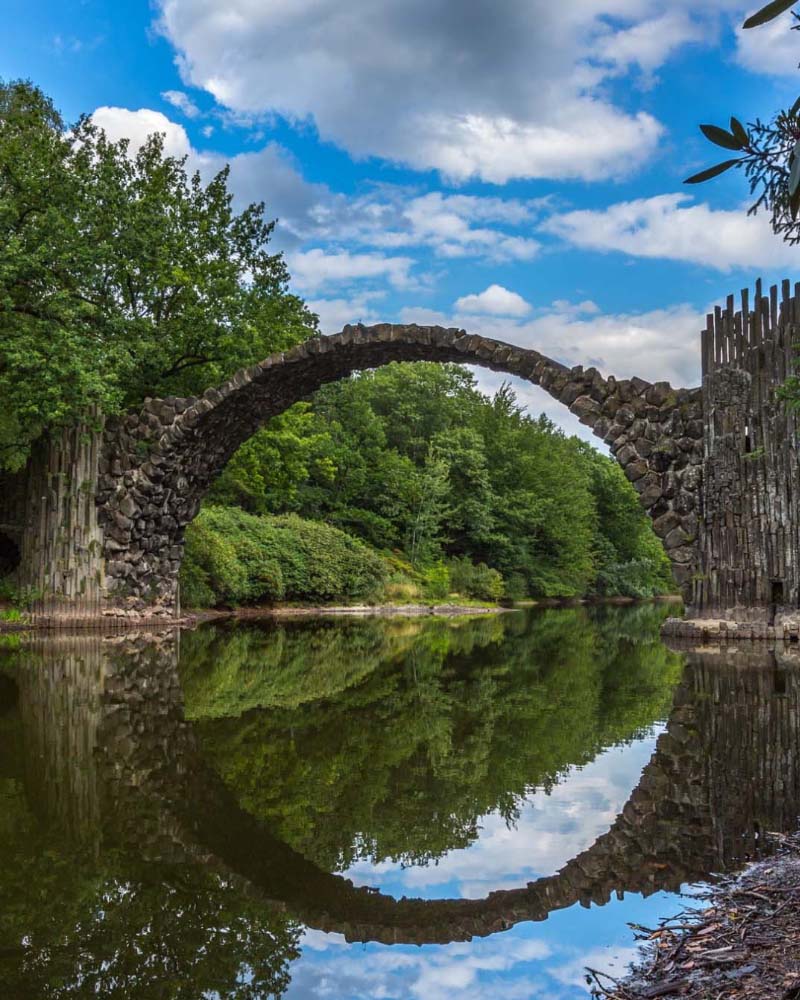 What a fascinating bridge! The reflection of it in the water, making that perfect circle, piqued my curiosity and I wondered: Was the bridge intentionally built to create that grand illusion? Or was that pure happenstance?

Trusting Google to provide me with some answers to those questions, I went searching. The bridge, located in Kromlau, Germany’s Kromlauer Park, was built in 1860. The knight of a local community commissioned the bridge to be constructed of stone found nearby. And yes, the bridge was specifically designed to reflect the circle when the light is just right and the waters are tranquil. The rock spires at each end of the bridge were created to resemble the natural basalt columns that are a geological commonality of Germany.

Further research revealed that the name of the bridge isn't an indication of its character. The bridge was apparently given that title when it was built. Although, I would question its "character" should the surface of it be snow packed and icy...

According to the research, crossing the bridge is prohibited, due to its antiquity. However, this finely arched stone bridge, ingenious in its creation, can still be viewed from within the park.