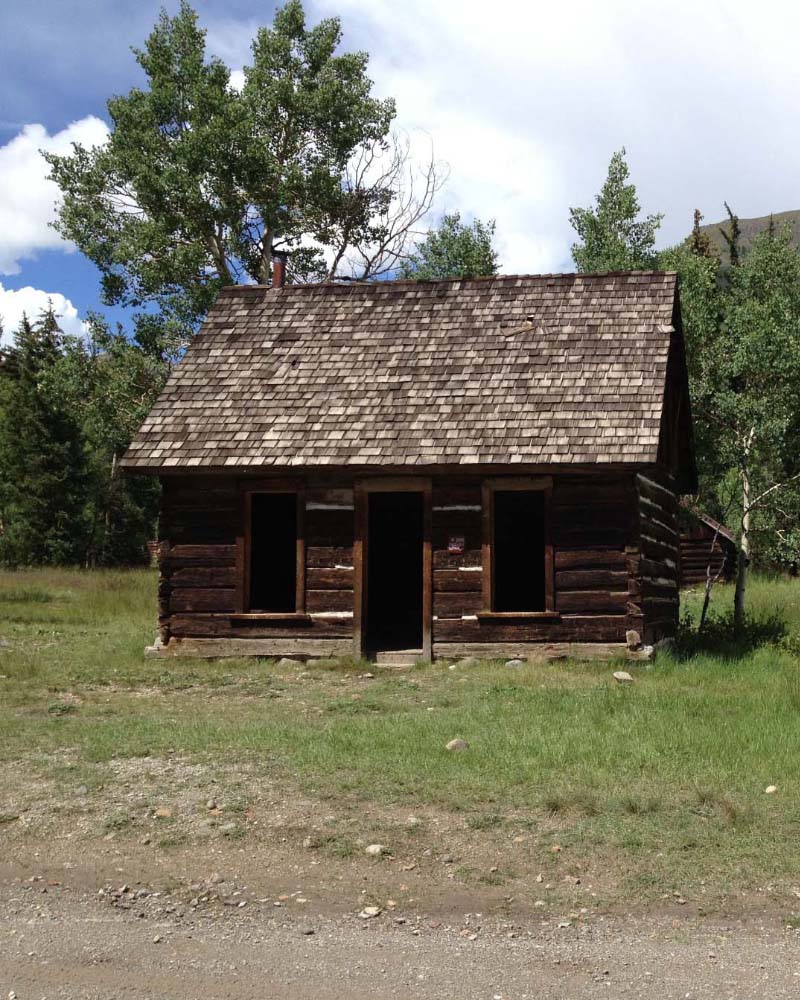 On a rocky outcrop, high up on a rugged mountain slope, the lone figure of a man stood silent and still, silhouetted against the grayness of the dawn. The sun rose, lighting up the distant mountain peaks with its rays. A crisp breeze swept across the rugged expanse of the outcrop, ruffling the man’s hair and gently swaying the branches of tall, shadowed pines hugging the rising mountain slope. The breeze whispered through the pines, carrying on its current the melodies of the birds serenading the sunlit morning. The man folded his arms across his broad chest. He thoughtfully stroked his moustache as he contemplated the action going on below him. A smile spread across his face.

This was his dream materializing into reality. Sprawled out in the valley, on 200 acres, businesses and residences were springing up. The streets were bustling with activity. It was in the 1870’s and silver had just been discovered. In 1877 the mining town of Galena City, as it was first called, was booming. Boasting a population of 800, the town had all the amenities needed, hotels, restaurants, bars, a post office, a schoolhouse, residences, mining smelters, and a sawmill.

The man’s name was George T. Lee. He already owned the majority of Galena City’s economy, the sawmill and smelting works. In addition, he had his hand in everything else that went on in the town. However, it did not stop there. He envisioned himself as the governor of Colorado, and Galena City as the capital city of the state.

He built for himself a Victorian brick mansion, befitting to his image. It was rumored to have contained beautiful living rooms, a small theater with an orchestra pit, several bedrooms opening off a long central hall on the second floor, and even a formal ballroom. As with the mansion, the stables and outbuildings were also of brick construction. The locals labeled the mansion as “The Lee Mansion,” but Lee himself called it “The Governor’s Mansion.”

Everything was falling into place, or so it seemed. The final step was implemented. George T. Lee changed the town’s name of Galena City to Capitol City. But the lone figure standing on that rocky outcrop and gazing down into the valley below him had no way to know what would happen next.

The price of silver dropped. Disheartened, the residents, one by one, packed their belongings and left. By the late 1890’s Capitol City sat silent and still. The only activity in the once busy streets was a scattering of a few brittle leaves tumbling in the cold winter wind. Where once welcoming lights shone through the windows of the businesses and residences, now only the darkness and emptiness of lost dreams stared out.

Today all that is left are a couple of buildings; the post office and a building called Lee’s Smelter Stack. George T. Lee’s mansion, what remained of it, was torn down in the 1970s as a result of a tourist who was injured in its ruins and later threatened or attempted to bring a lawsuit against its owners.

The sun rises up once again, lighting up the distant mountain peaks. A crisp breeze sweeps over the rocky outcrop overlooking the valley, carrying on its current the melodies of the birds. It’s a new day to dream a new dream.