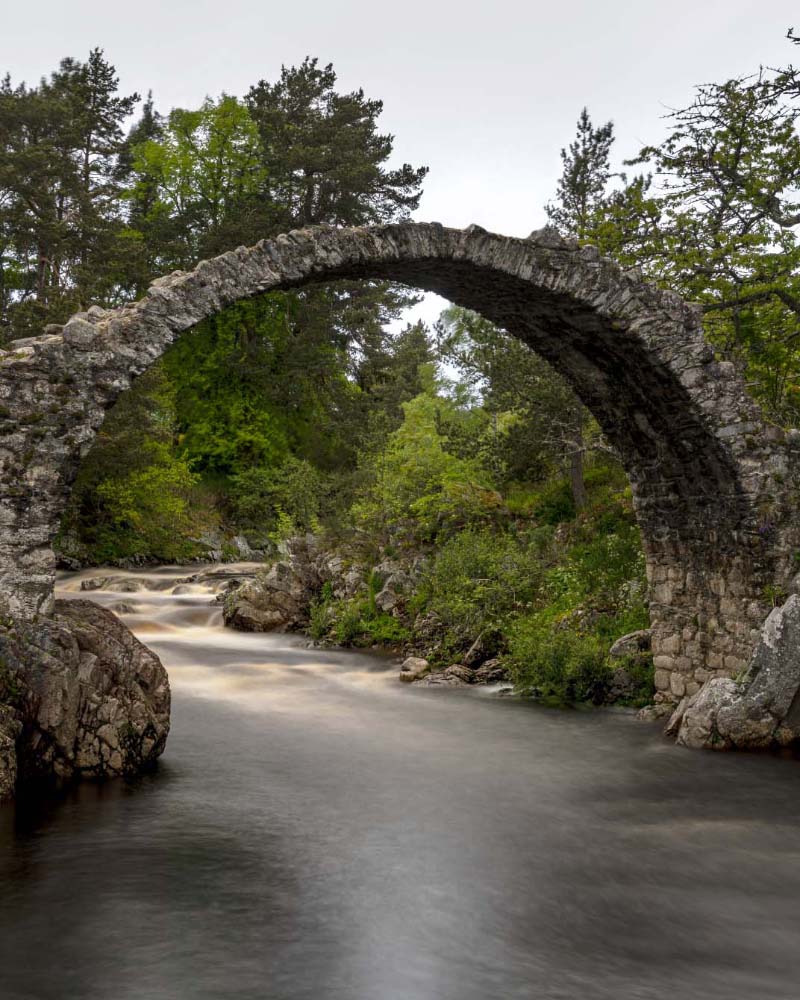 It appears I have a thing for arched stone bridges. I'm not denying it. The appearance of these bridges is quite appealing but I am also quite intrigued by the history and construction of them.

If I were to stand on the banks of this stream and feast my eyes on the historical stone bridge that stretches across it, my imagination could reach back in time and I could almost hear the echoing clip clop sound the horses hooves made as they transported goods and riders across. Based on how narrow and rough hewn the surface of the bridge appears to be, it's doubtful the horse and its rider or any individual chancing it on foot traversed it at a great rate of speed.

The Old Packhorse bridge, built in 1717, is the oldest bridge in the Scottish Highlands. It is the famous landmark of the village of Carrbridge. The bridge suffered severe damage in the flood of 1829, which rendered it unstable. It has been left as is and, due to its fragility, it is recommended to view the bridge from afar.

To me, the remarkable aspect of the bridge is the originality that went into building it. Those who were designing the bridge at that time might not have intended it to be that way. Their workmanship might have been perceived as fairly commonplace back then. But in this day and age when bridges are built to be modernized, it's refreshing to see a structure still in existence that retains such an organic aesthetic to it.