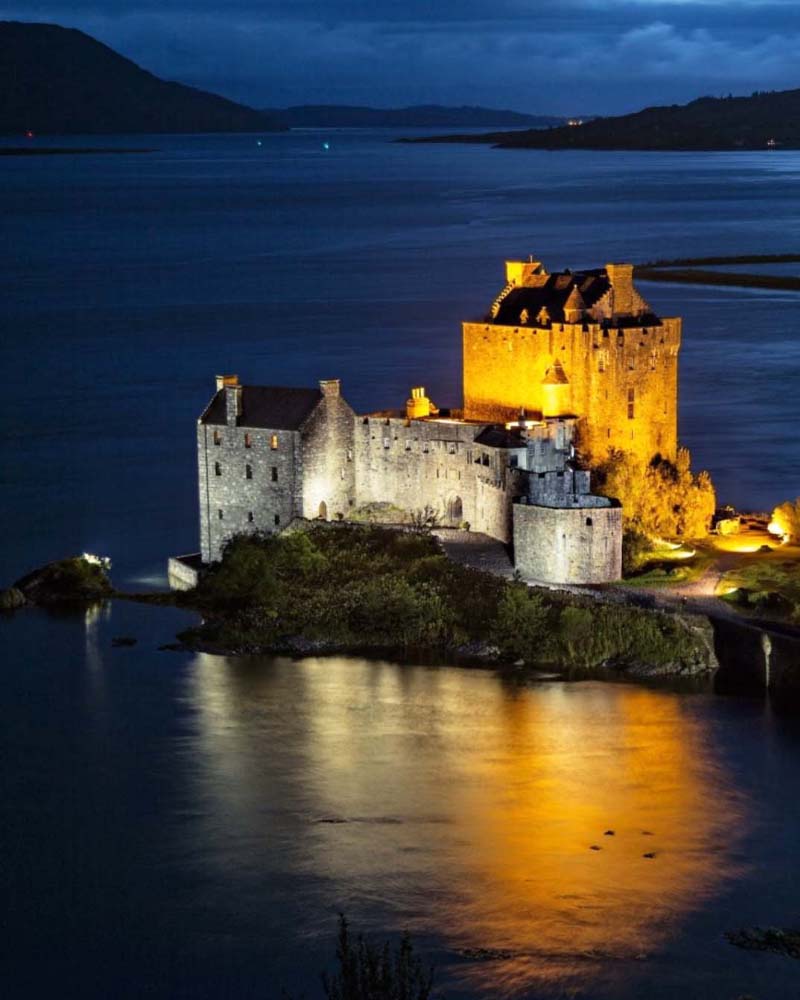 I don't have to drive far to see a mansion on a hilltop. It is interesting to note that, as I pass by that opulence, I'm not trying to imagine what it would like to live there. I'm just trying to imagine how the owners came up with the money to build it.

A castle is a different story. When I first laid eyes on this castle (via photographs) my immediate thought was to wonder what it would be like to live in it and to be surrounded by a sea of water that one day could be as smooth as glass and the next be roiling and turbulent.

The Eilean Donan Castle, located in the Scottish Highlands, is no exception. Although the current structure is not the original castle, the history it represents still spans a great length of time. According to my research, the first castle was built in the early 13th century, as a fortress against the Vikings. Throughout the centuries the castle was expanded and then reduced in size. While the reason for this is unknown, it is supposed the expansion and reduction was due to the availability of manpower.

In 1719 there was a threat of an uprising and the English government sent in troops to dispel it. In the resulting conflict, the castle was destroyed. For the next 200 years the castle lay in ruins. In 1911 Lt Colonel John Macrae-Gilstrap bought the island and spent the next 20 years reconstructing the castle, completing it in July 1932.

The Eilean Donan Castle today is a popular visitor attraction. The castle is said to be furnished with decor and artifacts that date back to a period of its history. However, most visitors admit to visiting it for the scenery. Were I to have the opportunity to visit the castle, I, too, would be one of those visitors. While I am quite fascinated by the castle's history, there would be a long moment spent looking out at the immense force of nature surrounding me and trying to imagine what it would be like to reside in such an amazing place.

Hello, I am Marilou.
Welcome to my blog!