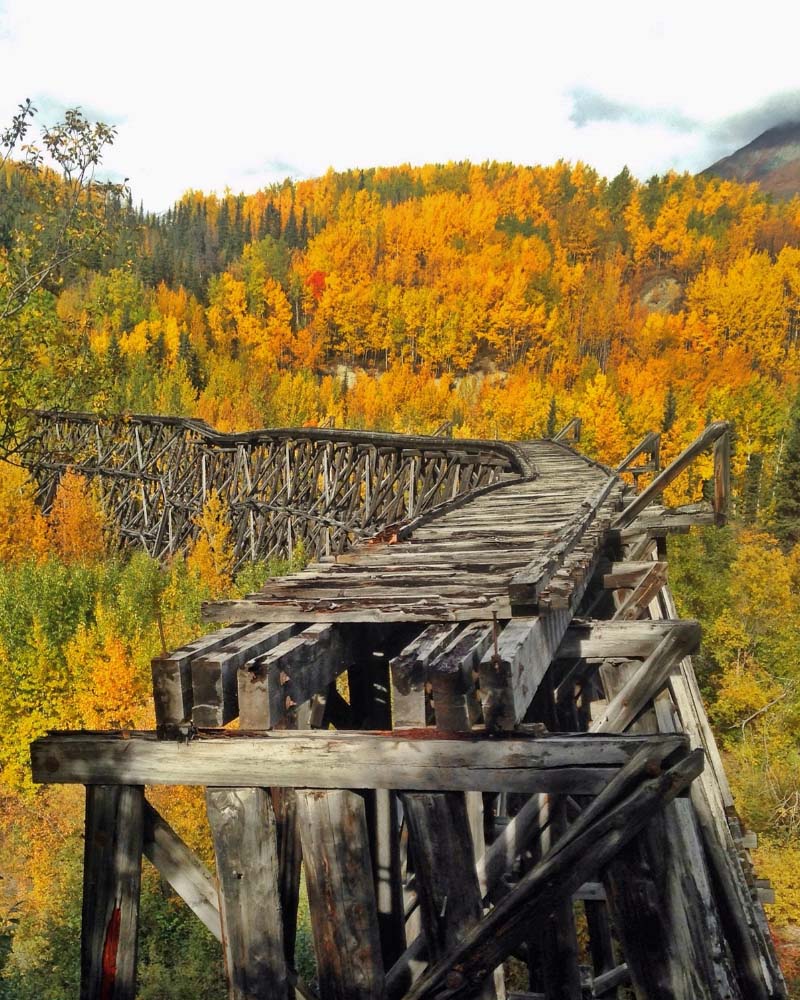 A sudden gust of wind sprang up, swaying the branches of the pines and sending a chill seeping through the thinness of the woman’s jacket. She shivered and, while it was a pointless endeavor — as it didn’t guarantee it would make her any warmer — she wrapped the jacket tighter around her.

Opening her eyes, the woman shifted her gaze to the old railroad bridge stretching out across the valley. Sighing, she combed her fingers through her reddish blonde curls. Normally, the sight of that weathered, wooden structure would have fascinated her. Normally, she would have been intrigued by it, imagining the reverberation and the clickety-clack of the wheels as a train thundered across. But in the greyness of the late autumn day and with the darkening of her mood, all she could think of was the failed attempts to bridge the gap between her past and the present.

The mountains rising up on the horizon, those mountains she loved so much, couldn't seem to break her pattern of thought. Even when overshadowed by an overcast sky, their rugged beauty could still inspire and excite her. And she had hoped their beauty would do just that and give her peace of mind. But in this moment they appeared only to be unfriendly, foreboding, and unforthcoming.

As she continued to wrestle with her thoughts, a ray of sunlight shot through a break in the clouds. The landscape sprang into life, with an autumnal golden glow that not even the encroaching winter could diminish. She watched as the wisps of clouds shrouding the mountain peaks began to dissipate, dispelling along with them the cloudiness of her own mind.

The woman slipped off her jacket, folded it neatly and laid it gently on the ground. She no longer needed it, the sunlight had warmed her, both inside and out. She climbed up the hillside and stepped onto the bridge. Treading gingerly on the weathered, wooden planks, she walked to the middle of the structure and stood there, quietly soaking in the scenery.

Viewing the bridge from afar, the structural integrity of it might have been in question. But traversing it had proved to hold her weight up well. And she wondered why she had doubted its strength to begin with. That bridge had been designed and created to support the tons of steel traveling over it and even with decades of not being in use and with the elements weakening the wood in spots, it still stood strong.

She marveled at the significance of that construction. She was the bridge. And life with all its influences was the ton of steel traveling over her. But there was nothing to fear; her structural integrity, her own humanity, had been specifically designed and created to support life.

The bridge shuddered and creaked in the wind. But it held steady. The woman laughed, her laughter echoing off of the mountains and throughout the ages to come. She had found what she had come to this place for, what she had been seeking: she had found herself. And that discovery had bridged all the gaps.

Original and heartfelt——-a treasure of discovery!