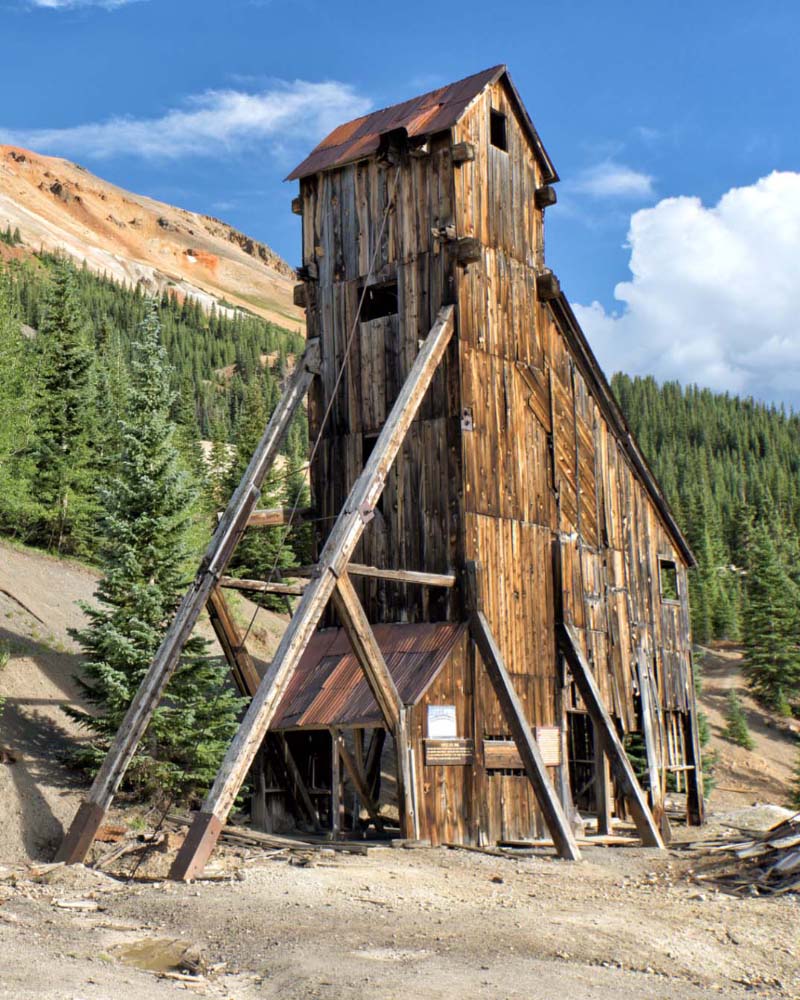 He apparently was doomed from the start. With his hands shoved casually into his jean pockets, the tall, slender man leaned a broad shoulder against the splintered doorway of the crumbling structure. He winced at the all-too-fresh memory of his burly, older brother slapping him painfully on that same shoulder, warning in a condescending tone of voice, “Dear misguided little brother! When your adventurous ways fail, you would do well to remember it’s the traditional, tried and tested ways that achieve success!”

A sharp breeze, coming down off the mountains, swirled through the open, sagging doorway, ruffling the man’s dark curly hair. He stared up at the mountain peaks, his gaze tracing their rugged outline. A faint grin lifted the corners of his mouth. He couldn’t imagine his formal, conventional brother being here in this long forgotten old building, located high up on this lonely, windswept mountain slope. But if he were here, he would undoubtedly take in the scene before him with a sweeping glance and ask in a disbelieving voice, “What on earth about this is success?!”

The man’s grin widened at the horrified expression there was sure to be reflected on his brother’s face at the sight of this place. The building had been vacated and left to succumb to the elements years ago. Tall weeds had sprouted up in between the rotting floorboards. Rusting sections of tin had lost their tenacious hold and had slipped and fallen off the roof, leaving decaying rafters exposed to the battering of the wind, rain, and snow.

The grin faded as quickly as it had appeared. The man kept his gaze fixed steadily on the mountains. He loved his brother but he knew he’d never be able to prove to him the success of this place. For his brother would never consider coming up to this altitude. There would be the justification instead, the reasoning as to why it was necessary to stay at his convenient and safe level of comfort. His brother would announce in an imperious tone of voice, while plucking non-existent lint off of his perfectly pressed, custom-made suit coat, “Why on earth”.. his brother seemed to be particularly fond of emphasizing everything with “why on earth”…” would I traverse a steep, rocky, narrow road, where a wrong turn of the wheel could, quite possibly, catapult me to the bottom of a ravine; just to reach an uninhabitable, inhospitable place?! What do you think I am; crazy?!”

No, his brother certainly wasn’t crazy. The man sighed. He was the one who was crazy. He’d left all those comforts behind to discover what it was that drew those people a century before, and what it was that drew him as well, to such a harsh, yet beautiful environment. He had, at first, assumed it was for the lure of striking it rich in some way. But like many of those people, he would come off of that mountain with only the money he had in his pocket.

The tall, slender man slipped his hands out of his pockets and gave the structure a last lingering look. The mere presence of that relic, crumbling as it was, still gave testimony of people who, for all intents and purposes, had been confident enough to take a risk. The man reached into his pocket for his pocketknife. He was going to do the same; leave behind a testimony that spoke of his own presence. Spotting a broken piece of floorboard jutting up out of the weeds, he pulled it free, brushed the dirt from it, and carefully etched his name and the date onto it. Obviously this still wasn't going to prove any measure of success to his brother. But, when his brother was sure to once more point out all the evidence of failure, he now knew what to tell him, "My dear brother, maybe some successes aren't found in the results as much as they are found in taking a risk."