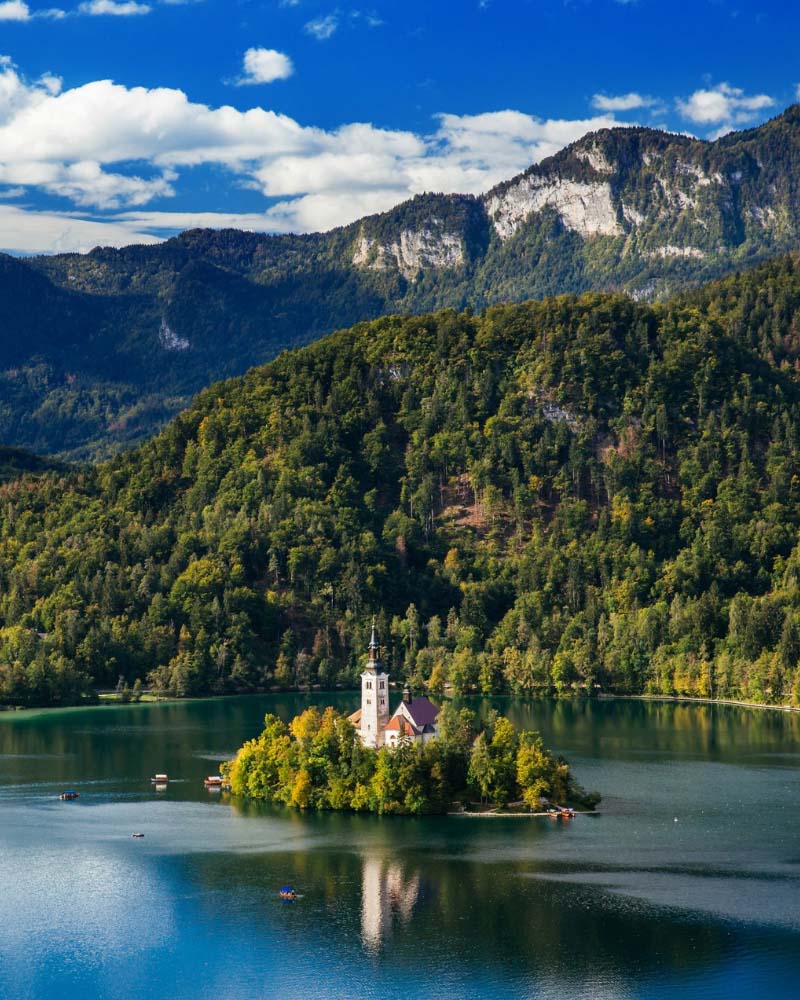 Here's another place that has me "strapping on the seatbelt" of my armchair and "flying" off to. I was introduced to this island via an inadvertent photographic discovery. Which is another way of saying I was browsing through some photographs online and came across a photo of it...

That particular photograph, which is seen below, was taken at night and during the wintry season that frosts the landscape with the white purity of snow. To that picturesque pristineness add the glow of the lights reflecting off the water and I was instantly reminded of Christmas (I love Christmas!). Once I had effectively been "hooked", I had to know where that island is located.

It didn't take me long to find it. Nestled in a valley in the Julian Alps of northwestern Slovenia is a shimmering turquoise lake that reflects the forested, mountainous beauty surrounding it. The lake is called Lake Bled and is 6,960 feet long and 4,530 feet wide, with a depth of 97 feet. Rising up in the center of it, breaking the smoothness of that reflection, is a small island called Bled Island.

There are several buildings situated on the island. The primary building is a pilgrimage church that was built in the 17th century and dedicated to the Assumption of Mary. The architecture of the church includes a tower that stands 171 feet tall. To get to the island there is the option to take the traditional mode of transportation, a pletna, which is a wooden, flat-bottomed, 20-passenger boat. When the boat arrives at the island and the passengers disembark from it, they are greeted with the prospect of climbing the 99 steps of a Baroque stairway that was constructed in 1655. Why the builders didn't add one more step and make it an even 100, I do not know. A photo that shows the steps is also below.

The church is the main attraction for tourists and even becomes a venue for weddings. According to tradition, a bride and groom are bestowed with good luck when, on the day of the wedding, the groom carries his bride up those 99 steps. Once the top of the stairway has been reached, to complete that tradition a bell must be rung and a wish made.

As someone who has been happily married for many years, I can attest that marriage takes more than "good luck". Still, much can be said about that tradition, as it is part of the lore (and the lure) of the island. For myself personally, simply discovering this beautiful place and being able to learn about it is a "good luck tradition" in itself. 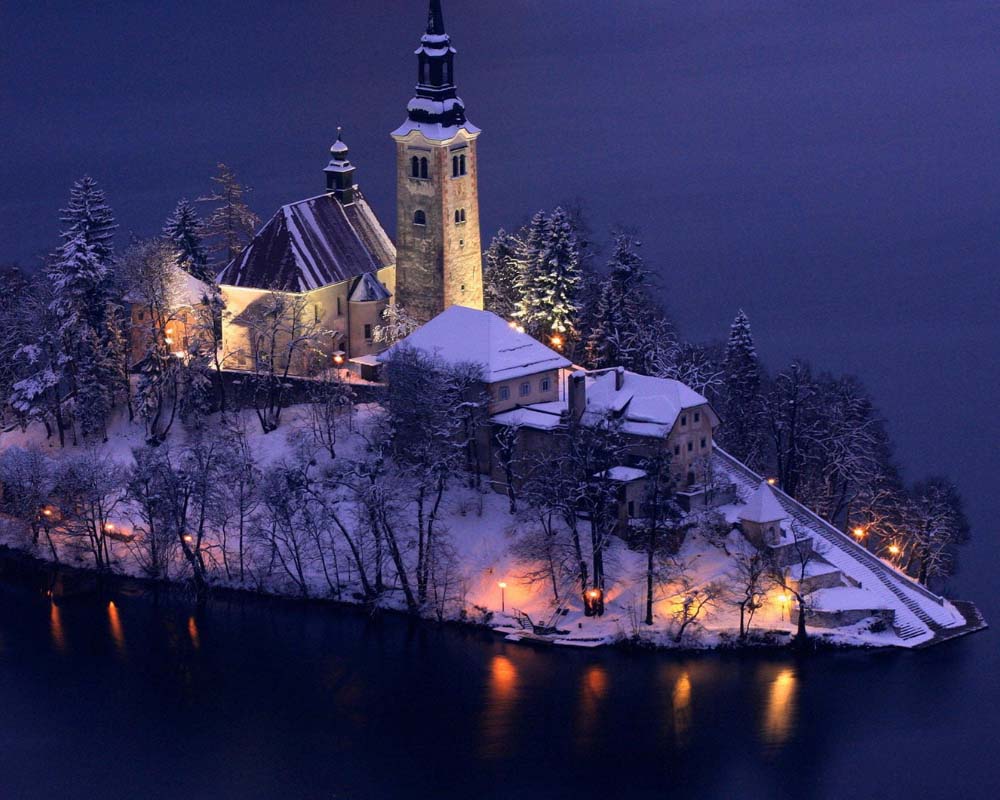 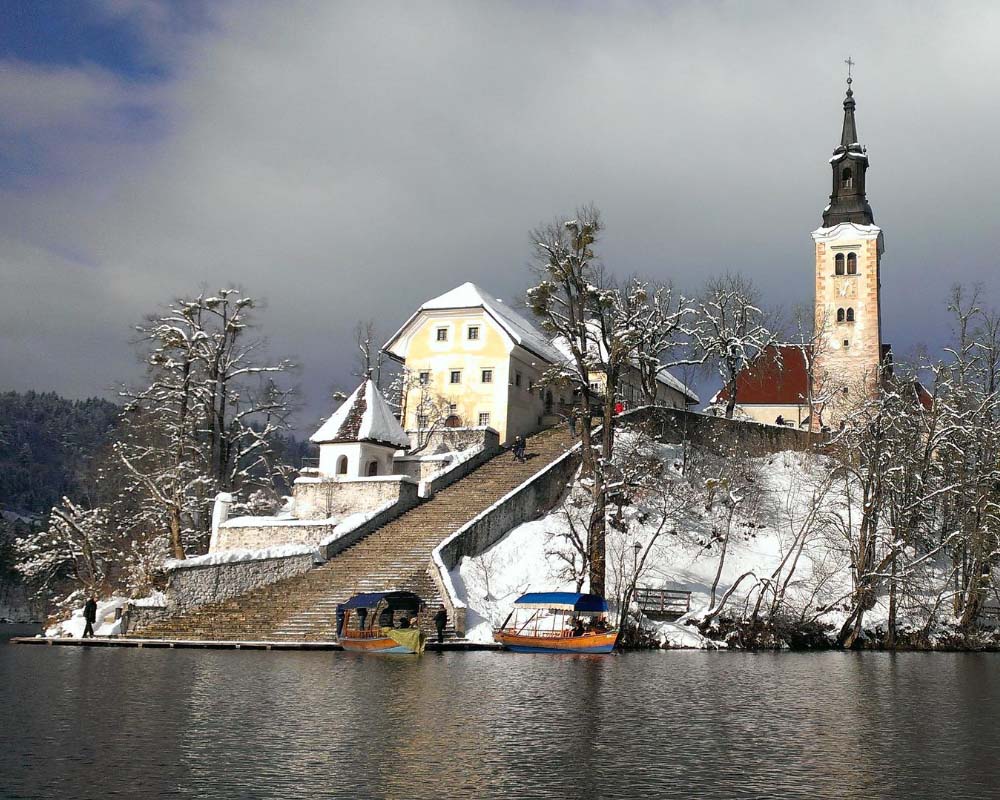 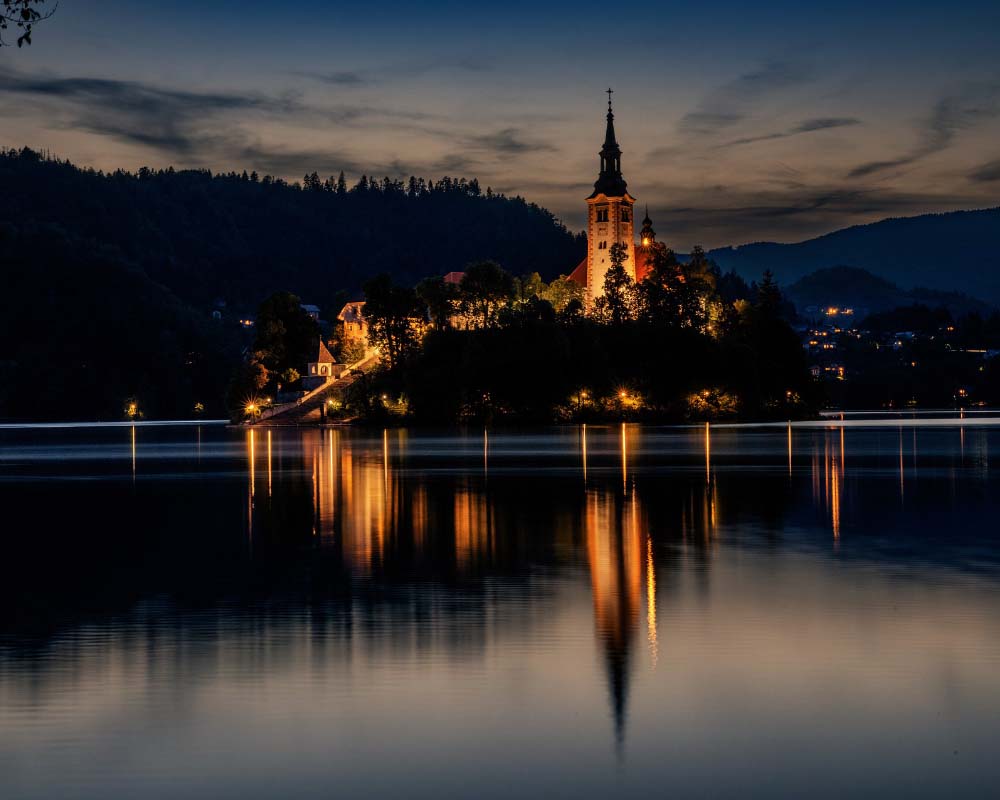